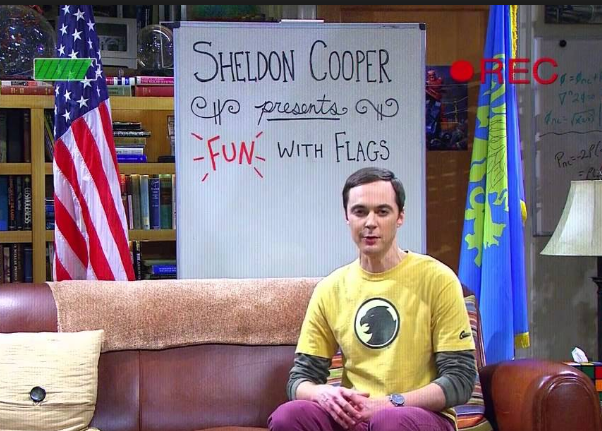 For fans of The Big Bang Theory, this post’s title will immediately conjure images of the socially awkward genius that is Dr Sheldon Cooper, sitting on his sofa recording his YouTube series about flags.  For those that are yet to discover the smash hit series, I strongly advise a Netflix evening to catch up, and whilst you do, we will delve into a little vexillology ourselves, or for the uninitiated, the study of flags.

The historical origin of flags dates back to the Egyptians around 1000BC when primitive versions were made out of wood or metal.  At the time, flags were used for identification or to signal to others.  Game of Thrones fans will have come to appreciate this through the banners under which each family marches which is such a critical part of the series. 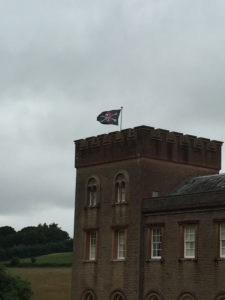 Over the summer,  we have been having a bit of fun at Ugbrooke by changing the flag flying above the house for different occasions.  In June, we had the Australian flag hoisted in honour of my family’s visit from Down Under, which certainly provoked some sporting heckling and banter.  More recently, a black pirate flag could be spotted in honour of Sir George Clifford, 3rd Earl of Cumberland.  He rose to become Queen Elizabeth’s champion and a privateer (basically a posh pirate) in the Anglo-Spanish War of 1585, returning from an expedition to the Azores in 1589 with a vast number of valuable Spanish and Portuguese treasures.

Today, the most popular use of flags is to identify the world’s countries, and with the Olympics due to start in Rio on Friday, we invite visitors to keep their eyes peeled during their next visit to Ugbrooke House to see what might be flying in support of our athletes on the world stage.